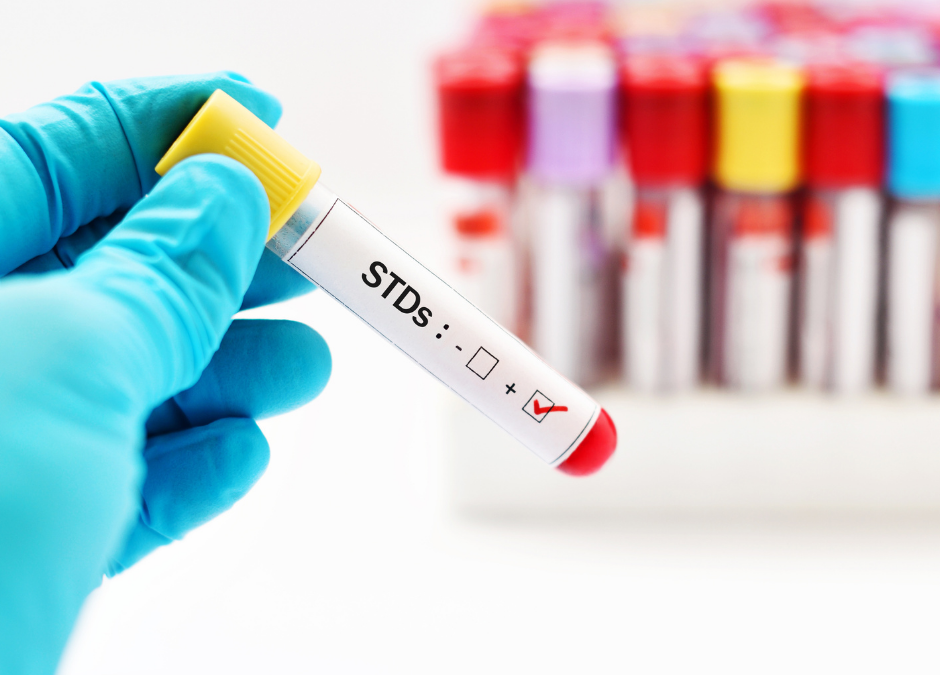 Screening and diagnostic tests can be done in urgent care for various sexually transmitted diseases (STDs). Whether you have been possibly exposed, experiencing concerning symptoms, or just want to screen for routine monitoring we can take care of you and your sexual health.

Genital herpes causes open sores/blisters that can be painful. Herpes can often be diagnosed based on physical exams along with certain lab results.

Culture/swab: This would involve sending a sample/scraping of a possible genital sore for evaluation

Blood test: This would test a sample of blood for the presence of HSV antibodies to detect past herpes infection.

There is no cure for herpes and it is a type of infection that can come and go (called outbreaks) Medications can be used to help sores heal faster, lessen the severity and/or duration of symptoms during an outbreak, reduce how often one has an outbreak, and minimize the risk of transmission to a partner. HIV tests are very accurate, but no test can detect the virus immediately after infection. How soon a test can detect HIV depends upon different factors, including the type of test being used. Urgent Care offers blood testing that is sent out to the lab. Results typically take 3-4 days to come back.

Syphilis is a bacterial infection usually spread by sexual contact. The disease starts as a painless sore — typically on your genitals, rectum, or mouth. Syphilis spreads from person to person via skin or mucous membrane contact with these sores

Screening tests for syphilis include:

A single injection/shot of an antibiotic will cure a person who has primary, secondary, or early latent syphilis. Treatment will kill the syphilis bacterium and prevent further damage, but it will not repair damage already done. Gonorrhea and chlamydia do not always cause symptoms but when symptoms are present it is most often in the genital tract.

Gonorrhea can also affect these parts of the body:

Gonorrhea and chlamydia can be tested by urine or swab. This is sent to the lab and takes a few days to get results.

Gonorrhea can be cured with the right treatment. CDC now recommends a single dose of injected antibiotics.

Chlamydia can be cured with antibiotics. It is important that you take all of the medication your doctor prescribes to cure your infection. When taken properly it will stop the infection and could decrease your chances of having complications later

Trichomoniasis or “Trich” is caused by infection with a protozoan parasite called Trichomonas vaginalis. Symptoms can vary but many people may not know they are infected. Women are most commonly infected in the vaginal area and men in the urethra. This is transmitted sexually between partners.

For those who do have symptoms most commonly the following may be noticed:

Trichomoniasis can be tested by urine sample or swab. This is sent to the lab and takes a few days to get results.

Trich is treated with oral medications. To prevent reinfection it is important that all sexual partners are treated and abstain from intercourse until treatment is complete and any symptoms resolve (recommendation of about a week)